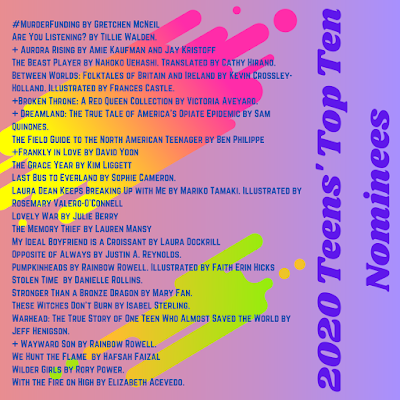 This week YALSA released the list for its 2020 Teens' Top Ten Nominees. Voting doesn't begin until August (it'll be available online from August 15 - October 12th). In the meantime, you can check out some of these titles on El Paso Public Library's Overdrive: https://elpaso.overdrive.com/

If you don't have a library card, you can request a temporary card for digital access here: https://elpasopl.ent.sirsi.net/client/en_US/default/search/registration/$N?pc=SYMWS

While all of our El Paso Public Library locations are closed, and our programming has moved online to our Facebook page, https://www.facebook.com/ELPASOPUBLICLIBRARY, your favorite library workers are at home thinking of how we can make the library even more wonderful for our patrons when we return. We're also thinking of our past programs and how much we miss our amazing library guests.

Today we're looking back to this past January when our Teen Hangout group participated in a button art program. Each of them was given a blank canvas. They painted colorful backgrounds. Then they used tacky glue to stick strategically placed buttons on their canvas to create beautiful artwork! 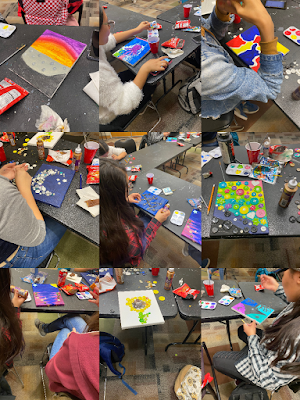 This is a simple project that can be done at home! How can you replicate this project at home if you don't have all the materials?

If you don't have a canvas, a piece of cardboard would work as a makeshift canvas (for example, the inside of an empty cereal box). Any type of medium would work to color in your background: paints, marker, color pencils, even crayons! You can use spare buttons you have on hand to glue onto your creation, but this can also be done with other small items such as pebbles, shells, etc. Be creative!

We can't wait until you're back with us. In the meantime, don't forget to check out our social media accounts for updates! Stay safe, El Paso!

Posted by Dorris Van Doren at 8:00 AM No comments: 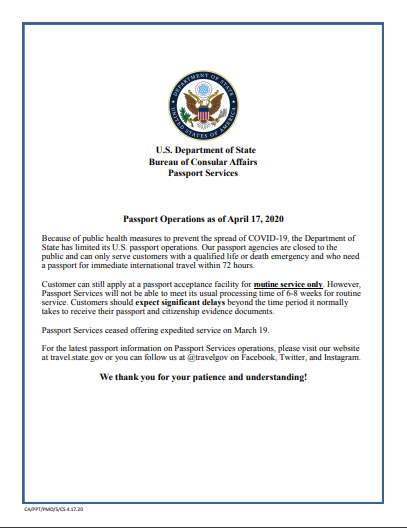 For passport information, please visit https://travel.state.gov/content/travel.html. You call also call 1-888-407-4747 for more information.
Posted by Dorris Van Doren at 9:13 AM No comments:

Christmas is here at the Dorris Van Doren Branch, and we have a number of fun activities for our patrons of all ages!

On Thursday, December 19th at 4:30 PM, our teens (ages 12-18) will be painting wood slices to make beautiful Christmas ornaments during their weekly Teen Hangout program. 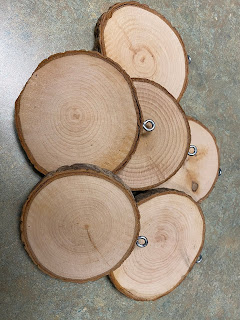 Both Santa Claus and the Grinch will be visiting us on Friday, December 20. We'll begin at 1 PM with a family Christmas movie to get everyone excited for our special guests!

At 2 PM, we'll have a visit from Santa Claus! The Grinch will slink in at 3 PM. 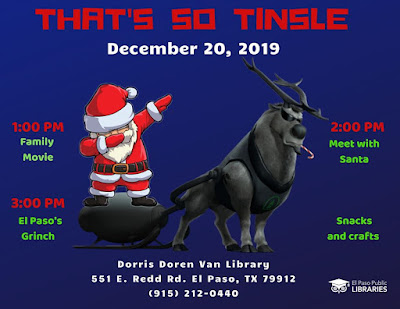 On Saturday, December 21st from 3-4, the Johnson Trio will be joining us for a holiday concert. All ages are welcome to enjoy the show by these talented, young local musicians. 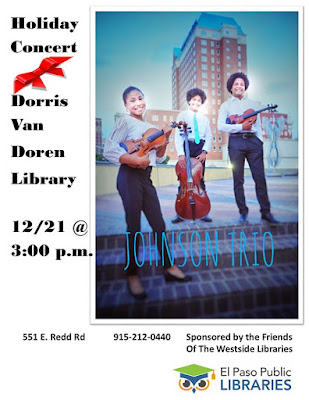 And after the holidays, don't miss our Tween STEM activities in January for kids ages 8-12. Posted by Dorris Van Doren at 2:49 PM No comments: 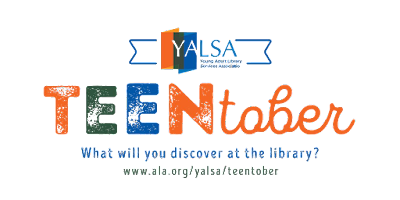 We're celebrating TeenTober all month long at the Dorris Van Doren Library! TeenTober is all about celebrating teens and highlighting the programs and services we provide to them.

All month long, teens between the ages of 12 and 18 have a chance to earn instant win scratchcards. There are a lot of fun prizes to win including a free Whataburgers, stickers, pinback button packs, and pop sockets (courtesy of Whataburger).

In order to get a scratch card, teens have to check out 5 books, write a review of a teen book, and/or attend Teen Hangout on Thursdays. If your ticket doesn't win, no worries! Non-winning tickets are eligible for a second chance drawing. We're giving away a gift basket with a $25 gift card, earbuds, Uno Dare!, pens, and stuff to snack on. The basket was purchased with funds donated by our Friends of the Westside Libraries. 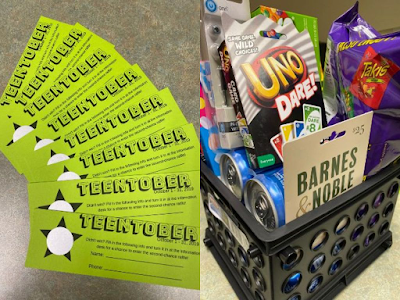 Teen Hangout takes place every Thursday from 4:30 to 6:30 PM year-round, but we have some seriously fun activities planned for TeenTober, including a breakout room and a chance to make a mini-altar for dia de los muertos. Check out this list of all our TeenTober programs: 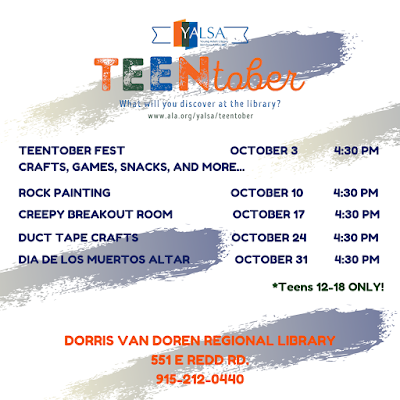 Posted by Dorris Van Doren at 10:02 AM No comments:

Even though new school year has begun, we're still having fun teen programs going on at the Dorris Van Doren Library all year round! 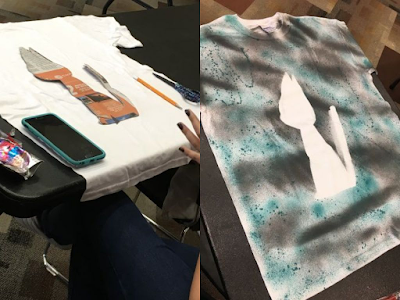 To celebrate their first week back in school, our teens joined us for a Wreck This T-Shirt program. Teens are given a blank t-shirt. They can cut it, sew it, draw on it, or paint it. Their t-shirt is theirs to "wreck" however they'd like. 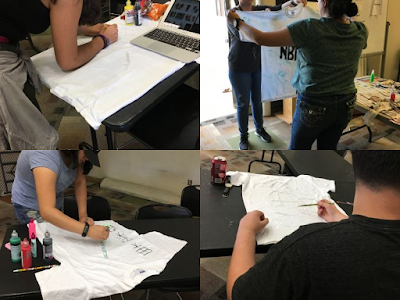 Some of our innovative teens decided to try tie-dying their t-shirts using fabric spray paints. While it didn't work nearly as well as using actual dye, it still had a really nice effect! 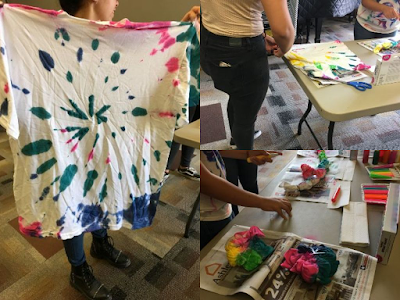 Our teens also got a chance to decorate wooden bangle bracelets using acrylic paints. They came up with some beautiful, artistic designs! 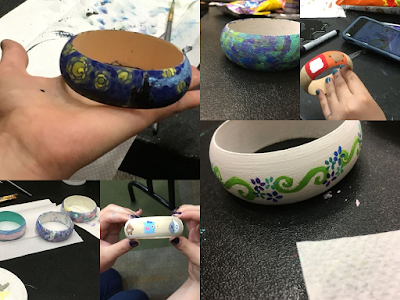 Teen Hangout is every Thursday from 4:30-6:30 pm for all teens within the ages of 12 and 18. Crafting is just one of the things we do! To check out what we're doing next, visit our calendar of events: Dorris Van Doren Events


Posted by Dorris Van Doren at 2:50 PM No comments:

Summer Reading Round Up!

The Dorris Van Doren Library has completed another successful summer reading program. This year, our branch signed up over 1,300 people, who collectively read over 11,000 books! We also had hundreds of visitors attend our summer programming, which included programs for children, tweens, teens, and adults!

Some of the fun programs for children included a visit on July 3rd from Chico from the El Paso Chihuahuas. He even dressed up in anticipation of Independence Day! 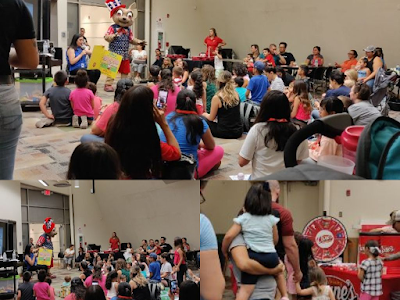 We also had Pete the Cat join us for storytime! He had so much fun dancing with the kids!

We were joined by the Imperial Border Squad, who came dressed in their Star Wars regalia to celebrate the Universe of Stories with all the people in attendance.

Our teens also had a fun summer! Among the fun summer activities we held, we had a space-themed Breakout Room to commemorate the 50th anniversary of the Apollo 11 moon landing. 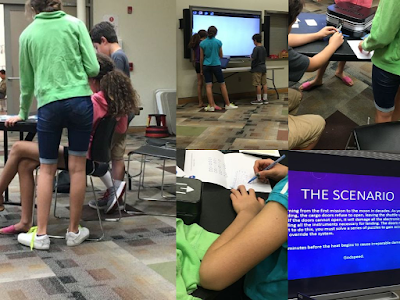 The summer ended for our teens with a Guardians of the Galaxy movie party. There was a full snack bar available, and every attendee received a space-themed gift bag. 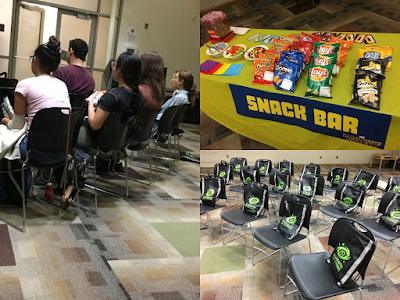 Many thanks to our numerous sponsors, who donated prizes, coupons and more this summer! The Friends of the Westside Libraries donated our three raffle prizes that gave our patrons extra encouragement to read! We also received donations from Raising Cane's, Whataburger, BOSS Chicken, Peter Piper Pizza, and Sonic.
Posted by Dorris Van Doren at 2:48 PM No comments: