Last week, the Dorris Van Doren Library hosted a Breakout EDU event for our weekly Teen Hangout group. The event was similar to the escape rooms that have recently popped up in major U.S. cities. In an escape room, participants are locked in a room and they have a certain amount of time in which to work together to unlock the door. 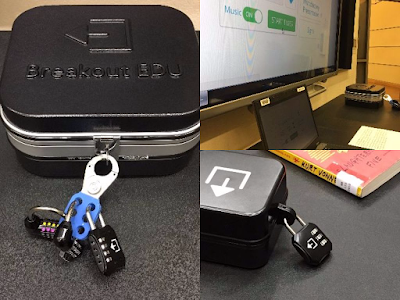 In our event, the teens were given a scenario and had 45 minutes to unlock two black boxes. The scenario required them to solve several puzzles. In order to solve these puzzles, our teens had to observe the room around them. They examined clues and researched information. In the end, it took them longer than their allotted 45 minutes to solve the puzzle, but they refused to give up until they solved it. 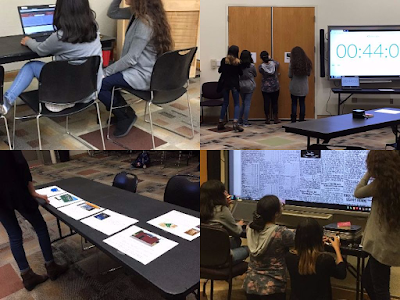 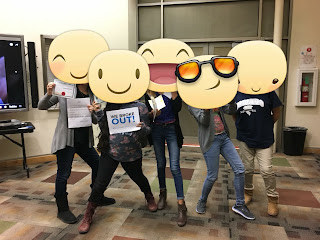