This is a weekly blog post featuring what the Dorris Van Doren staff members are reading, watching, playing, making, or listening to. Share your finds with us here in the comments or on twitter (@elpasolibrary) and we'll retweet you!

This week, our staff is into zombie books, reminiscing about obscure animated movies, and playing some addictive games (during their personal time of course). 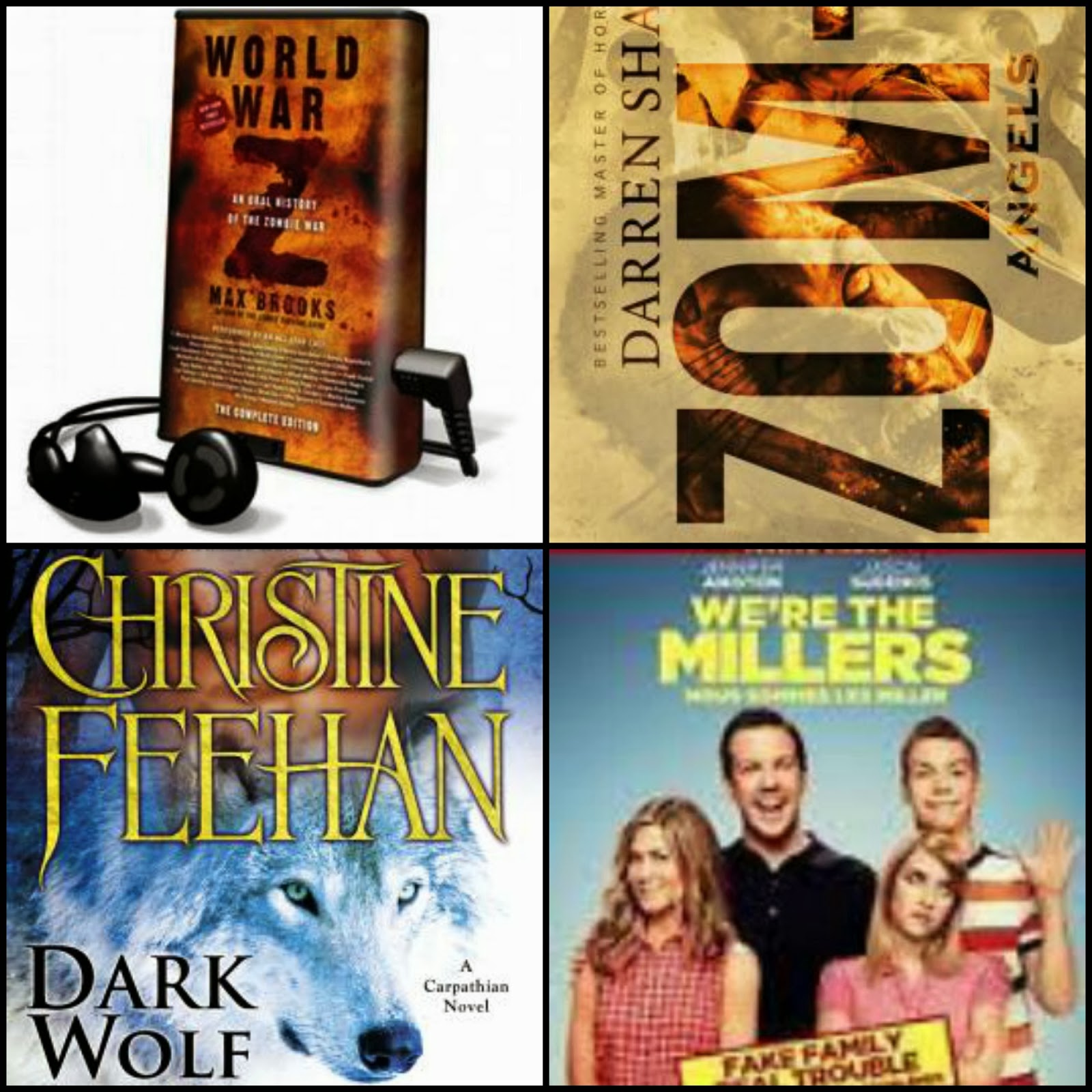 Lluvia: World War Z by Max Brooks (Playaway*)
It is a thinking man’s zombie book. It is politically and culturally relevant to an almost believable level. I thoroughly enjoyed it.
*Playaways are little devices that have audiobooks already loaded onto them. You simply plug in headphones or an adapter to listen. View the collection here>>

Angie: Dark Wolf by Christine Feehan
I just finished reading “Dark Wolf” book number 25 in Christine Feehan's Carpathian Series. I really enjoyed the book. The series does have to be read in order.

Lisa: Zom-B Angels
This is book 4. I don't want to give any spoilers, so I'll just say this is where we find out the origin of zombies in this series (!). I don't like committing to series fiction, but this one has me hooked and looking forward to reading Zom-B Baby. They're really quick reads.

Joe: Pinchcliffe Grand Prix
I was watching TV the other day and something I saw reminded me of one of my favorite animated movies. It's called "Pinchcliffe Grand Prix". It's a stop-action film from Norway by Ivo Carpino that came out in 1975. Nearly everyone I've ever told about the film has never heard of it. It's worth looking for, although it's not available at the library or on Netflix.

Lisa: We're The Millers
I didn't expect this movie to be so funny. It's worth watching if you're not offended by cursing, drug material, and crude humor. There are highly improbable and ridiculous situations, but the humor helps you overlook them.

Lisa:
Candy Crush (iOS)
I know I'm late to the party, but I finally downloaded this game and it really is addictive and strangely satisfying to match colorful, little candies. Don't worry, I won't be sending you a Facebook game request. I believe I'm on the 11th stage of addiction; sometimes I see candy when I close my eyes. See Buzzfeed's The 12 Stages of Candy Crush Addiction.
Posted by Dorris Van Doren at 11:29 AM

You have great taste in books, Lisa!! :-) I hope you enjoy the rest of the series.